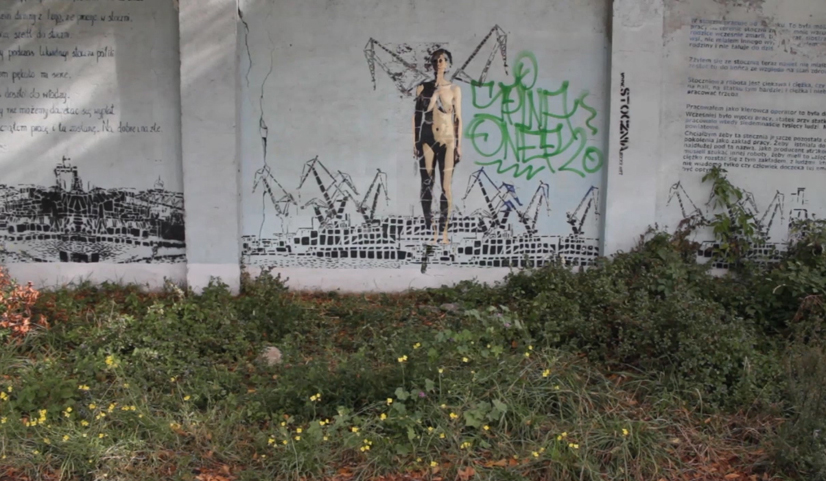 Gdansk Shipyard is one of the most important places in the contemporary history of Poland. During the time of the People’s Republic of Poland, the Gdansk shipyard was a state-owned company, one of the biggest employers in the country. It built vessels for the navies of the USSR, Poland and other communist countries.

The Shipyard became highly recognized in 1980, when the Independent Self-governing Trade Union ‘Solidarity’ was founded there. A strike there by 17,000 shipyard workers was one of the most important civil resistance campaigns in Europe. It contributed to the collapse of the communist dictatorships in Central and Eastern Europe.

Since then the economical transitions and increasing dominance of a market economy have forced radical changes in the Shipyard. The majority of workers were made redundant. A restructuring plan was never successfully implemented. The shipyard area run into ruin.

Despite that, The Shipyard became of the most inspiring and symbolic places in Gdansk. In 2002 a group of artists appeared there. They set ‘Artists Colony’ in the former Shipyard buildings. One of the artists was Iwona Zając, a painter and street art artist.

In 2004 she created ‘The Shipyard’ – 250 square meters mural on the wall, that surrounds Gdansk Ship­yard. She made interviews with shipyard workers, asking them about the importance of the Shipyard in their lives, cut every single letter of selected statements and printed it on the wall. “The Shipyard Mural is a record of my conversations with Shipyard workers. I wanted to tell a story of a man, his fears, needs, dreams; about never fulfilled life, work, plans (…). This project is my tribute to the people and the place” – said Iwona Zając.

The mural has became important part of Gdansk landscape and one of the most important pieces of Polish street art. Part of it called ‘The Shipyard Nike’, a nude act of Iwona Zając with wings made of shipyard cranes, is a well recognized symbol.

Gdansk Shipyard has changed since the 90s. Today there are almost dozens of private companies operating in the area. There are also important artists and art institutions, such as The Wyspa Art Institute.

Gdansk authorities decided to appoint European Solidarity Center, a cultural and historical institution that is to preserve the heritage of the Solidarity movement. Big parts of the Shipyard area are going to be revitalized. Old buildings and cranes are demolished and the new ones are to be built.

Decision to revitalize the Shipyard area led to social protests. Groups of inhabitants and artists are protesting against demolishing of historical buildings and gentrification of the area.

The Shipyard mural is going to be demolished too. The artist was offered to remove the wall, but she did not agree. Her decision is often perceived as astonishing. It is claimed that the mural is important symbol and should be kept as a monument. However Zając claims that vanishing is integral part of street art. She also points out that creation of new symbols will not change the situation and may become an empty gesture. She has decided to paint the wall grey before it is destroyed. She wants to symbolically rescue worker’s statements and her own art.

Iwona Zając’s decision may arouse controversies. Her work became meaningful to many people. Nonetheless, these are still her and the interviewed workers stories behind political symbols.

In October 2012 Iwona Zając presented a piece of video art ‘The Shipyard Nike is leaving’. The movie shows the slow death of the shipyard area and her farewell to the mural. Symbolically she comes off the wall and regains her body.

The conflict over Gdansk Shipyard is significant to contemporary changes within cities and capitalist societies. Glorious history of the place and its tragic situation over the last twenty years is powerful symbol of the transition. Iwona Zając’s farewell to the mural is contemporary celebration. She farewells her work, the shipyard and Gdansk, that is never going to be the same.